You vs You vs Everything

hello everyones!
so, we're still pretty dazed from last week; those two shows were pretty amazing life highlights and an awesome launch for our record.
we have a plugger now, (hi oli!) so you may have heard our new single on The Radio like real bands, or on some tv football montage like The Enemy.
Lewes has recovered two faded sketches, of the views from the window and ship from our record cover. We've made a lush a3 double sided poster out of them, and that is this seasons format of choice. They're super limited cos frankly, posters are a bitch to post. 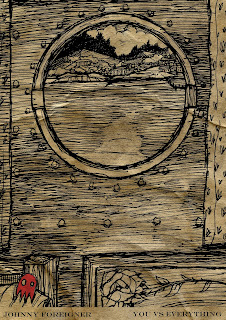 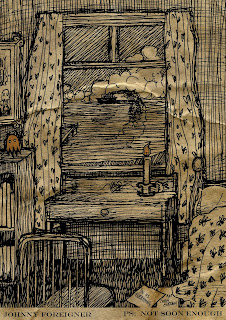 You'll also get a downloady of The Actual Music,
here is tracklist:
1) You Vs Everything (radio edit)
2) PS, Not Soon Enough
3) Johnny Foreigner Vs The Hipster Garden Party
4) If I'm the most famous (robot) boy you've fucked, then honey, yr in (robot) trouble
Cos we're clearly being criticised for not releasing enough songs, track 3 is an entire live set. Well, an 18 minute set. and we're drunk. and it really was a garden party. in france. but, y'know, it should silence the naysayers who think we espouse quality over quantity.
Anyway, you can only buy it from the Alcopop store from Friday onwards, and Banquet Records in Kingston. New Slang, it has been far too long since we played, so, as a little mini celebration, we're playing you on the 8th December. Think of it as a going away party, we can bore you with our tokyo sightseeing plans.
And, seeing as, according to MTV we're the planets no 5 most talked about band [EDIT - is now 3rd and im not looking anymore], we'd like to present some Music Videos like what mtv used to run. its probably best to click thru to youtube to watch them cos of our painfully thin text field.
You Vs Everything, by Moral Hangover, using footage from Johnny Foreigner Vs London
PS, Not Soon Enough, by Ben Rausch, using footage from our European Obliteration tour last summer.
OKcool, Off to france then. Here's our dates again, SI TU EST FRENCHAIS:
Lille, La Peniche, 24th November
Paris, L'International, 25th November (MAIS OUI , LA DRUM-CAGE!)
L'Orient, Cafe Culturel Mapl, 26th November
Brest, Caberet Vauban, 27th November
and lastly, i'd like to give the cape of Awesome Song Titles back to Andy Falkous. sorry, was just seeing how it looked..
xoxoxxxxxxxxxxxxxxxxxxxxxxxxxxxxxxx
Posted by johnny foreigner at 6:04 PM 6 comments:

our launch shows are going to be so rad. But! have you bought your significant other a ticket, knowing that he/she doesn't necessarily keep up with those funny little bands you like?

fear not, just download these songs and you can be like, babes, i made you a mixtape. the buy set option just goes to the alcopop store (this isn't really an alcopop release, we just can't let you all rinse our dropbox) so you have to dl each song seperately. don't you dare complain cos this is how i had to buy lifter pullers entire back cat, and this whole saving your relationship act of ours is FREE.
or, yknow, you can just dl it yrself and be alone forever, but with an awesome set of songs courtesy of the bands we're playing with this weekend and strong jack pop...
hey, also, before you hear the exclusive brand new unheard song of ours thats tacked on the end and accuse us of playing nice chords on acoustic guitars, you should know it was made entirely by robots.

the official JFvsE launch shows mixtape by alcopop
the scheeming tactical plot to all of this was to act as a last drive for ticket sales. only london is all souled out now. which leaves BIRMINGHAM THIS SUNDAY AT THE FLAPPER WITH STAGECOACH, SCREAMING MALDINI, CALORIES, ACE BUSHY STRIPTEASE AND THE STARRIES REUNION FOR ONLY EIGHT POUNDS JESUS FUCKING CHRIST BIRMINGHAM HOW ARE THERE STILL TICKETS LEFT FOR THIS I THOUGHT YOU GUYS WERE PAST THE CANT BE BOTHERED TO GO TO GIGS STAGE.
k if that wasn't enough mixtape options for you, go here for a free dlable compilation from all of us thanks to Gold Flake Paint, and here to see what i said after WHA?, when Q asked me for a playlist of "bands that were "probably big in japan"
i am so late for practice now you guys.
Posted by johnny foreigner at 3:16 PM No comments:

i! refuse! to die in your arms!

yo! It's compliment christmas round here, so thanks for all the lovely words everyone. I STILL havnt got a copy of the record or the book or the shirt, but i hear noones drowned yet so everythings just great.
i wrote a bunch of stuff about our record and like, WHAT IT ALL MEANS, for DrownedInSound here.
the shirts are all sold out now, but you can still get the record with the book here. When it's all gone then we're going to put it online, but IT WON'T BE THE SAME.
anyway:::::::::
there's been some changes to our party shows this coming weekend.
changes of the GOOD+ kind 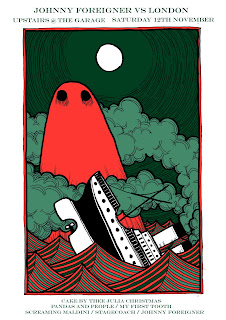 London This Saturday 5 - 10pm: Instead of Echo Lake, we have My First Tooth, Pandas & People, and cakes made by internet celebrity Julia Christmas and her mum. 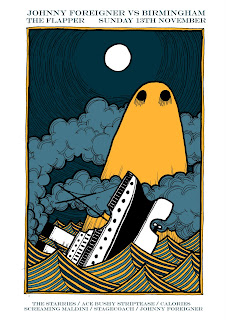 Birmingham This Sunday 5 -10.30pm: Richard Burke is bringing a band. Not just any band, tho, THEE birmingham indie rock band. They're called The Starries. i'm pretty sure this reunion won't mean as much to any of you as it does to me and kel, but they're one of our favourite bands ever. we wouldn't exist were it not for these guys.
obviously we're fated never to sell out in birmingham, even if we have Stagecoach, Screaming Maldini, Calories, Ace Bushy Striptease, and The Fucking Starries supporting us, so, TICKETSSS
- those are nice posters, you are thinking. - they should print them up big and sell them exclusively at the shows.
OH OK THEN. first come first served at shows. if we have any left then a) my hypothetical internal dialogue sensor is bust and b) we'll put them on the merch store. Or paper our studio, idk. look out for another launch show present later this week.
early doors cos there's so many bands, early curfews cos of trains and so on and THESE ARE GOING TO BE THE SICKEST SHOWS EVER so come roadtrip.
stay close xlex
Posted by johnny foreigner at 3:59 AM 3 comments:

HAHAHAHAHAHAHAHAHAHAHAHAHAHAHAHAHAHAHAHAHAHAHAHAHA
Defeated The Leak Monster, 500 coin get.
totally proud of you guys. for a short while, we collectively Controlled The Internet. go team...
Aunty Piracy Measures picked up a whole bunch of press and publicity, and i think it half worked because of that. a terrible analogy, but, a burglar in a street and our house has the biggest beware the dog stickers.
We moved the goalposts a little; artrocker offered us a chance to stream the record the week before, and we learnt Japan releases stuff a week ahead, so we figured the best case scenario was too keep quiet about those things till they happened and expect it to be out there by tuesday night. and it took till thursday. WHAT KEPT YOU PIRATES?
anyway. amazing. all our social nodes are literally THRUMMING and people are taking notice and being all like OH WOW and this is a good thing. Couldn't have done it without all of you, and pretty much everyone that wrote to us hit a whole bunch of different internets. Defeated The Leak Monster, 500 coin get.
I did a Little Piece for Clash about it, and now it's become a standard question for interviews and is getting dead boring to explain. So regard that as the truth and anything about hacking into the uternet or using internal dialog sensors as pure whimsy.
Thomas Landis, Euan Lynn, Rob Robano, send us your adresses please, you have Won Stuff.
Posted by johnny foreigner at 2:02 AM 2 comments:

i thought he was the small one, etc..

can you see us? 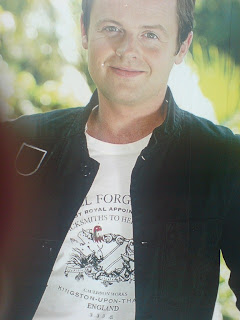 winner of stingle prize by sheer diversity and size of ant (or dec, idk), Mr Chris Youd, mail us yr address and we'll send you Good Things.
BUT.
there are so many more pictures on les internets. and it'd be unfair to consider them but im not sure whether they're meant as entries or not. you kids today. what does "o alexei you so dank" even mean?
so, the rest of you have another week to send stuff to our email, titled EXACTLY WHY HAVE YOU BEEN LOOKING AT MY PICTURES ANYWAY, and we'll check again in a week and maybe throw out some more THINGS. k? okkk.
Posted by johnny foreigner at 1:58 AM 34 comments:

searching for the switches 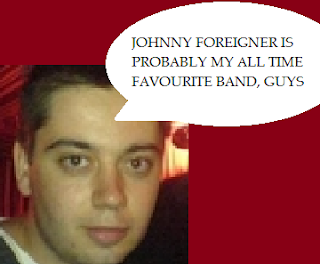 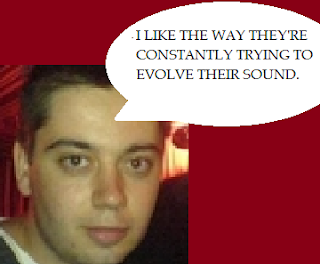 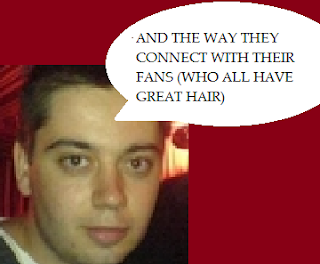 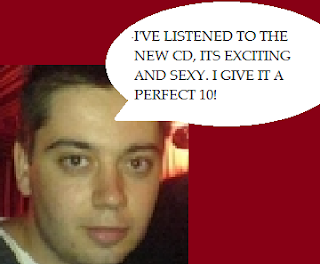 Posted by johnny foreigner at 5:15 AM 5 comments: