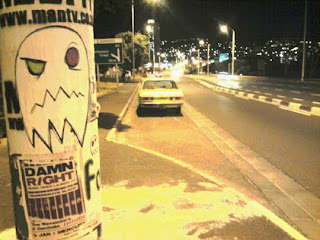 
omgggggggg it feels so good to be back on the interwebs typing on a proper keyboard.
we've been mad mad busy the last few days. we've written like, 100 new songs, some of which we're swapping for some of yr lovely cash RIGHT NOW! and some we will play on tour. for the small percentage of people who go to gigs to hear new stuff ie us.

we have, as normal sha, some fucking ace support bands for the next week of shows. starting off in edinburgh where we'll try and make up for our noshow last tour and by association, our shit show in glasgow where i had a hissy fit and smashed stuff up. talons are doing all dates except Cardiff. ace bushy striptease are first on in birmingham,siryessir are london and manchester,and kill the captains are playing in sheffield. the london show is our biggest yet and we are collectively WELL SCARED.

after that HO HO HOLIDAY! sortof. we're going to South Africa till the weather here heals itself. The Enemy we are not. we'll be playing in capetown, stellenbosch, pretoria and johannesburg, doing some stuff with this guy and red bull for MTV (whatever that is), going to play with baby lions, do some djing, and play a MASSIVE GIANT FUCKOFF festival called RAMFEST. we're dead high up the billing. theres also going to be cheap weed deals and excellent quality red meat. which is a totally plus for two of us, at least.

th lovely adults who are incharge of us have consented finally to release a 7" single. um, rather, they've consented to letting us do it oursleves, hence our proposition to you, TEH FANZ.

heres the science part: recording bsides and pressing vinyls costs CASHMONEY. we never have CASHMONEY. So, if you give us some CASHMONEY then we'll go spend it on the recording vinyl bit and send it you when done.
see, its a bit like begging ONLY WITH A TWIST

everyone who preorders from our merch store will get their name in the artwork. we dont quite know what we mean by this; it depends on how many names we get and how elastic lewes drawing hand is. but it'll be special. and look better than idlewilds, who i think we robbed the idea from. here is some hardfi artwork: 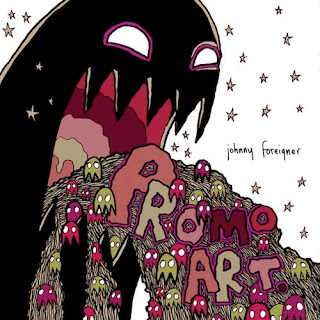 the A side will be every cloakroom ever, taken from grace..

and the B sides are supernew awesome songs, one is called for the chains and consists of only one chord, and the other is called things i would have swapped for heart shaped sunglasses, 2001-06, which has many chords.
go get it now!

we hope everyone is well.
more news soonerer.